There is nothing quiet, slow or boring about Mumbai. I love coming to this town as there is always something to do, see or experience and this trip was certainly no different.

With a few days gap between games a visit to old Bombay town couldn’t be missed. A great chance to catch up with the B Team (Alan Wilkins, Isa Guha, Ravi Shastri, Scott Styris & Murali Kartik), book in a few work meetings and stay with some Aussies.

To get an idea of Mumbai it’s best to have some background without sounding like a year 10 history lesson hopefully. The now peninsula which is home to over 12 million people was originally a series of 7 islands hundreds of years ago. In a feat of pretty impressive engineering a land reclamation project in the 1850s created the one land mass.

The southern most section, and the narrowest, is home to all the hassle and bustle of a major city including all things Bollywood. To get a sense of just how massive this world leading industry is digest a few of these facts. In 2012 Hollywood produced 476 movies, Bollywood a staggering 1602! In terms of ticket sales Bollywood swamps Hollywood with 2.6 million v 1.36 million. Movies and movie stars here are simply king and queen.

There is a connection between Melbourne and Mumbia too with a rumor that the original designs for both equally impressive railways stations were mixed up in the London office. So Flinders St station if the rumour mill is true could have looked like this… 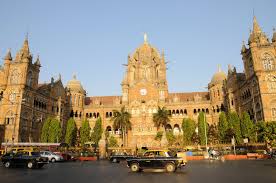 So the bottom line is that this place is chokers and getting from one place to another takes time and patience.

My home for the stay was with the Calder’s. Tom I met through Red Dust’s trips to India when we were running health promotion activities in schools and orphanages in Mumbai, Chennai and Bangalore. Similar to the weeks we host in remote Indigenous communities in the Northern Territory. Amazing weeks away with some inspiring people.

Tom and Ceals were the ultimate hosts and provided the local knowledge to get to places, almost, on time, vegemite breakfasts and home coffee hits. Also a great night at the Dome which is a rooftop bar on Marina Drive. Relaxing overlooking the Wankhede Cricket Stadium where the Mumbai Indians were playing CSK, I was treated to the waiter presenting my beer like a wine bottle. Bars now know us Aussies are pretty picking when it comes to beer temperature so they present it first so you can feel how cold it is before opening….nice touch.

Spending time in Colaba is a must. The water front is home to the famous Taj Mahal Hotel and Gateway of India. The Taj was one of 8 targets heavily hit during the 2008 Mumbai Terror attacks  which lead to 164 deaths.

The iconic hotel is one of many colonial styled buildings, along with the Gateway that gives Colaba a very unique feel. 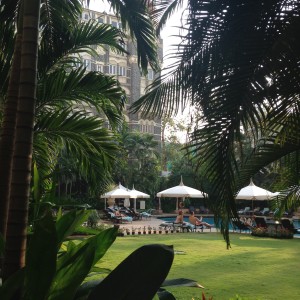 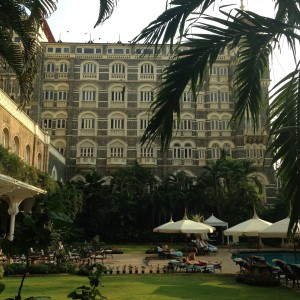 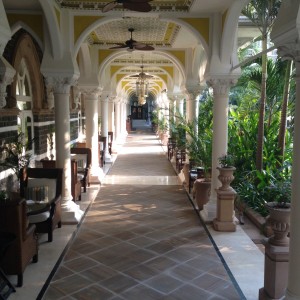 Close to the Taj is another well known Mumbai establishment called Leopold. The bar/cafe was established in 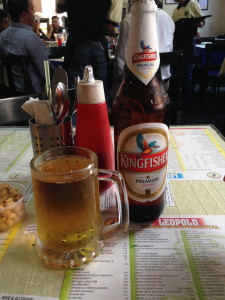 1871 is said to be the oldest Irani restaurant in Mumbai. It was also one of the targets of the terror attacks with bullet holes still evident in the walls. On a happier note for those who like a good, long read it features heavily in the book Shanteram which (in another Melbourne link) is based on an Australian escaping Pentridge Prison and fleeing to Mumbai.

It would have been rude of me not to have  a beer and take in the atmosphere after strolling the markets along the Colaba Causeway and being offered “best price” for clothes, trinkets, shoes, Abibas (yes Abibas) watches and a multitude of ‘other’ things.

A shout out to Isa Guha too for her handy travel tips, both good and bad. A must for Mumbai is getting your destination up on google maps while you have wifi as you can still access it out and about with no internet access. Information I needed before my 60min, 6 stop, 7 u turn, 3km experience one day.

Isa, you can keep you intestinal cleansing connection as drinking as much salt water as you physically can and then making yourself vomit isn’t my cup of masala chai.

Thanks Mumbai, you never disappoint. Although I missed not hearing competitions like “how many holes in a crumpet” on Mumbai FM this time around ;(